Others Service Other Service

The CRF is a platform for coordination between stakeholders in the creation of carbon recycling societies. It facilitates activities, supporting innovation that contributes to carbon recycling.

Now, three years after its establishment, the CRF has over 130 members who support its goals and participate in its activities (106 corporate members, 8 local governments, three academic members, and 17 individuals, as of August 1, 2022). Its activities have deepened, and the CRF serves as the foundation through which the private sector will implement carbon recycling policies, the heart of the Green Growth Strategy Through Achieving Carbon Neutrality in 2050 announced by the Japanese government. 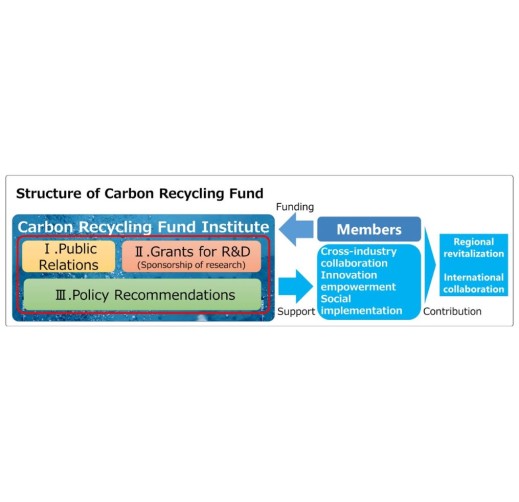